TJX, the parent company of T.J. Maxx, Marshalls, and HomeGoods, is the world’s biggest off-price retail chain. The company’s workforce tops 320,000 who operate more than 4,600 stores in nine countries across the U.S., Canada, Europe, and Australia. While TJX has four e-commerce sites, there’s no denying that physical stores reign supreme across the chain.

Indeed, financial and industry analysts have fretted that TJX has been perhaps insufficiently digital in the age of e-commerce. But the company is reporting a strong rebound in sales and performance in 2021 after taking a hit when COVID-19 forced temporary closures of its brick-and-mortar locations in 2020. Moreover, recent research reported in the Wall Street Journal vindicates TJX’s store-centered approach.

Stores Are Back in Growth Mode

In an article titled “E-Commerce Needs Real Store Locations Now More Than Ever,” the Journal reported that in 2021, more physical stores are opening than are closing. The last time that happened was in 2017. What’s going on? Isn’t physical retail supposed to be on the ropes?

Not everywhere. It’s certainly true that for all the benefits of buying online, lots of shoppers prize the experience of holding something in hand before deciding to buy, according to the Journal.

That’s not the whole story, however. Household names like Macy’s and JC Penney have taken a pounding in the marketplace in recent years despite having sprawling stores with ample try-before-you-buy opportunities.

The TJX success story might best be summed up as executing on a sophisticated understanding of rewarding shopping experiences. TJX doesn’t simply sell things people want at attractive prices.

Instead, it taps an innate human joy in discovering buried treasure. TJX buys name-brand merchandise outside the standard product cycle, snapping up big brands’ leftovers at bargain-basement prices. Then it strategically stocks these items in ways that tell the buyer they’re getting a special price for a limited time.

This strategy acknowledges that some shoppers don’t want to pay full retail for famous brands. And it rewards their patience by selling them the same stuff at costs far below their first-run price tags. The secret is to stand by this model for the long haul, using savvy marketing, merchandising and distribution to train shoppers to expect successful treasure hunts in TJX stores and e-commerce sites.

TJX global sales in the first nine months of 2021 totaled $34.7 billion, a 64% jump from the same period in 2020 when the pandemic forced store closures for 27 percent of the time. Net income came in at $2.3 billion the first three quarters of the year, the company reported.

“I am extremely pleased with the continued strength of our business,” said TJX CEO Ernie Herrman, who noted that the company is well on its way to achieving its long-term goal of $60 billion in annual sales.

The company added 19 new stores in Q3, bringing its global total to 4,684. The company plans to open 170 stores next year and keep adding another 4 percent to its fleet annually after that, said Scott Goldenberg, senior executive vice president, and chief financial officer at TJX, during the company’s Q3 earnings conference call.

That’s another way of saying it’s far too soon to write the final chapter on brick-and-mortar retail.

Zipline is the operations technology platform built to solve the unique challenges of communication and task management across retail categories. Reach out to learn more about how your stores can deliver on your brand promise today and in the future.

Day 3 Insights | NRF Experts’ Forecast is in… Clear Skies Ahead!

Highlights from NRF: The crossroads of convenience and conscience

Highlights from NRF: How Allbirds anchors their flock around sustainability

5 Ways to Supercharge Your Field Enablement Platform: An IT Guide 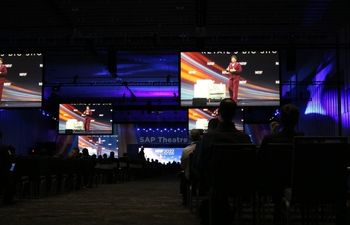 Day 3 Insights | NRF Experts’ Forecast is in… Clear Skies Ahead! 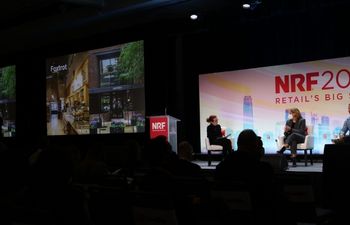 Highlights from NRF: The crossroads of convenience and conscience