As storied brands face off against online behemoths that offer cheap goods and fast shipping, they’re learning that what they really need to compete are superior shopping experiences both online and in-store.

Here’s what we can learn from Target, Walmart, and even Sears (the Mexican incarnation).

Back in the ’80s and ’90s, Target rose to prominence by offering a better shopping experience at similar prices to competitor Kmart, which subsequently merged with Sears and faded into obscurity.

Now, Target – facing off against Walmart and Amazon – is holding its own. Recent bets by Target that are paying off include offering same-day home deliveries through recent acquisition Shipt, building out in-store toy hubs aimed at capturing the youngest consumers of all, and creating its own smart-yet-affordable fashion and household brands.

Target is also in the midst of a real estate makeover that will have more than half of its stores remodeled by the end of next year. Enhancements include brighter lighting, updated interior designs, mini-shops within the larger stores to showcase Beauty, Home, and other areas, and the addition of nursing rooms.

All of these initiatives and more are showing results where it counts—in the bottom line. The company’s stock rose 42.3% in a six-month stretch in 2019, beating out the retail industry as a whole, which rose by 35.9% in the same period.

Walmart, long the price king wherever it landed, is now focusing on improving the customer experience. That’s in alignment with Wharton Prof. Barbara Kahn’s assessment in a recent interview with us that Walmart and others can’t rely just on a single area of strength if they hope to stay competitive.

Like other retailers, Walmart has augmented the online shopping experience with in-store pickup—with a wrinkle of its own. Its Pickup Towers act as giant, in-store vending machines, dispensing products that customers order online and that associates stock to order. From an initial deployment of 200 towers in 2017, to 500 more in 2018, Walmart has announced 900 towers planned for this year alone.

Walmart is also going the extra mile with grocery deliveries direct to customer fridges through its InHome service starting in the fall of 2019.

Walmart is enhancing the in-store shopping experience, as well. This year, the chain launched a prototype smart store in Levittown, New York, complete with overhead sensors and an onsite data center. The setup automatically identifies products that need restocking and alerts associates, no time-consuming manual stock-taking required with in-demand items missing from shelves.

While Sears continues to struggle in the U.S., the separately owned stores in Mexico have been growing. The chain south-of-the-border has cultivated a more upscale vibe with pricier items (even including motorcycles) added to its offerings, a focus on forward-looking fashions, energetic displays, attentive customer service, and a more robust online presence, according to comparisons by Business Insider and Portada.

Sears developed a strong following after landing in Mexico in 1947 and has only enhanced its brand in the decades following. A recent shopper described himself to Bloomberg as brand-loyal and said that he can find products at Sears that he can’t get from competitors like Liverpool and Palacio de Hierro. He also likes the store’s compact layouts and brighter lighting.

The American incarnation, perhaps taking note, is trying a new, smaller format called Home & Life. Three new Home & Life stores opened in May, offering mattresses, connected appliances—including from the Sears Kenmore brand that offer push-button ordering of consumables such as detergent from Amazon—and a renewed focus on customer service. It remains to seen, however, whether the new focus will help rescue the beleaguered brand from bankruptcy.

As these three retailers show, competing in the post-digital era means providing outstanding experiences wherever and however their customers prefer to shop. 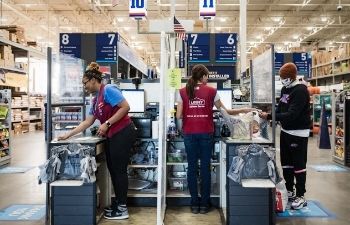