“It’s just about connecting people, and everything else takes care of itself. It’s really that simple.”

At NG Retail Digital Summit, retail changemakers explored the topic of leading transformation, specifically how to drive innovation in retail.

The landscape of retail is changing rapidly and companies must innovate and adapt to avoid becoming obsolete. But, bringing transformative innovations to market is not just about having the next big idea.

It was 2012, Obama had just been elected for a second term, hurricane Sandy had just devastated the northeast, Gangam Style was rocking the charts, and Kyle Nel went to work for Lowe’s Companies, Inc.

From exosuits for employees, augmented and virtual reality firmware, hardware, and software for project visualization,  the Lowe’s holoroom, the first autonomous robot in stores, to putting a 3D printer in space.

How does a massive retail organization, like Lowe’s, make such innovative waves in the retail industry? Well, Kyle says that “it really comes down to social theory.”

Here is Kyle’s unified theory that enables any organization, even industry laggers or massive corporations, to do big things and enact change:

“All organizations need a strategic narrative. This is a big, cogent, understable, clear view of the future,” says Kyle. “A good example of this is the  classic Moon Shot initiative of Kennedy.” The west (specifically the United States), was so blindsided by Sputnik, and what followed, was Kennedy’s clear strategic narrative.

“So Kennedy says that we are going to put a man on the moon before the end of the decade. He was very clear about who the protagonists were, what we were going to do, and in what time frame.”

“The next thing you’ve got to do is go break the bottlenecks in the organization to get that going,” says Kyle.  “Literally lay out point for point how you are going to get the big idea into machine to get it work.”

The last thing you need to do is to develop new KPIs of the future. “One surefire way to kill something new is to use mature KPIs of success to track development,” Kyle says. “Different metrics help you to see the future in a different way.”

Storytelling for the Future

This framework is crucial for enacting change from the inside out. “I did all this fancy schamcy research with ecg headsets on different people and convinced them to make decisions, and track them over time to observe behavior,” says Kyle. And he discovered that ultimately, the only real mechanism that works across board is if it’s inside of a story.

That’s why Kyle set off to study great storytelling and found that the framework applies to a corporate world. He even hired science fiction writers and illustrators to explore what the future could look like, and how technologies could show up in the real world and how they’ll impact our employees, and therefore, our customers

“Humans are fundamentally obsessed with stories,” says Kyle, and we totally agree. Sure enough, how many times have you stayed up way too late because you couldn’t get enough of a show you’re binging, all  knowing full well that you have to get up early in the morning ?

That’s because “we crave and love stories.” Why wouldn’t this work in our organizations?

That’s how Lowe’s Innovation Labs turned a script about VR/AR to build faster intellectual property around this technology in home innovation and created overwhelmingly well-received shopping experiences that allows customers to visualize home improvements they wanted to make with the Lowe’s Holoroom.

This technology impacts the ways that organizations can train their employees, even regarding initiatives surrounding diversity and inclusion, hard skills and soft skills training, how do you deal with customer, how to board meeting

In another important factor in leading change involved identifying key plates in your organization. Here are some of the skills that Kyle recommends organizations select for and reward:

Skills of a Transformative Team:

“Everything is uncertain, and we as humans are good at stamping out things that are uncomfortable. But there are a few folks who are good at living in it. Find those folks in your organization, and protect them.”

“Those people are usually the annoying ones at your company.” Those are folks that are critical to finding the broken elements of systems and processes.

At Zipline, this is our philosophy. It is crucial to nurture a personal narrative for how their personal work contributes into a greater narrative, translating to the greater work.

“We’ve all had those great experiences where you really know what you’re doing is laddering up to something bigger.”

Legend has it that, after Kennedy’s famous speech, he met a janitor in a NASA facility. When he asked the man what his jobs was, he responded “I’m putting a man on the moon.”

We don’t know if this story is true, but we do know that we, as humans, are driven by purpose. So to drive change, we must make sure that our purpose and the purpose of our organization are aligned.

Zipline was built to solve the unique challenges of communication in retail organizations. Reach out to learn more about how you can drive innovation in retail by aligning your entire team. 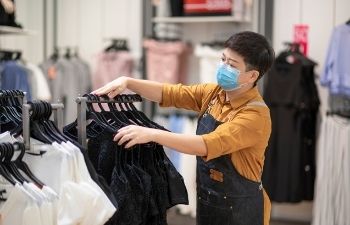 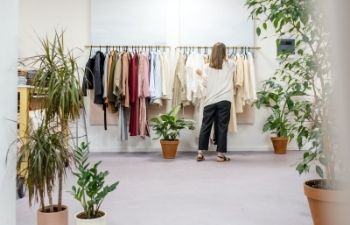